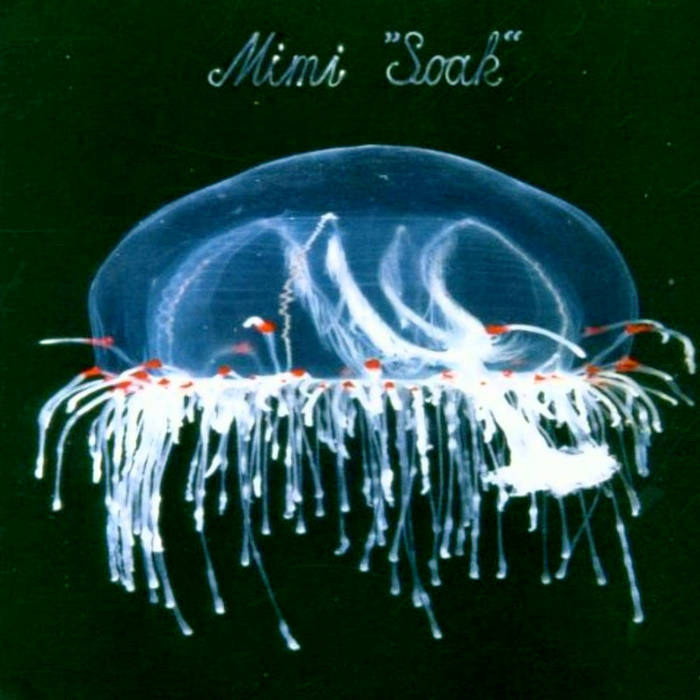 i. Mimi It means “ear” in Japanese, “kiss” in Vietnamese. Mimi Goese is best known as the lead singer/co-songwriter of Hugo Largo, the critically acclaimed minimalist punk/pop group who released two albums on Brian Eno’s Opal label in the ’80s. After touring with Hector Zazou (musician and producer: Bjork, Suzanne Vega, John Cale, Tuva Singers) and co writing/singing on the Moby album Everything is Wrong, Mimi Goese (say Gayzee) has now formed her own group called Mimi and has a debut album Soak.
ii. Sound The album is called Soak as in water, drenched, soaked to the bone, overwhelmed, density, saturation and death. The emphasis is on song, voice, and rhythm. Sexy, intimate and reflective, powerfully transcendental, the songs take you in into a room of magic mirrors where everything is not as it appears to be.
iii. Song “You know how you can say to someone, ‘I believe in you’ or ‘I’ll be leaving you’ and they nod at you with the same expression either way? That’s what most of these songs are about.” Delivered in a voice that is by turns angelic and chilling, the songs run the emotional gamut from intense tranquility to kinetic discursiveness.
iv. Dress With Hugo Largo, Mimi only wore cotton dresses, up to 10 on top of each other. With Moby it was shiny satin. In Mimi it’s highly synthetic: reflective, sparkling, liquid light that moves when her body moves apart from two velvet dresses which completely absorb light, like the songs that are deeper and more internal.
v. Mimi musings “I was born in Wisconsin and grew up in a family of 9 kids so I had to fight for attention and develop my own perspective. In comparison to what’s happening in music now, when Hugo Largo started I was one among a few women making music and fronting bands. This was pre-Sugarcubes times. I like to listen to opera. The only influence I cannot fight is my mother’s. I sound so much like her and my phrasing is like hers.
On heroes: “One reason I am so crazy about Bruce Lee is that he brought spiritualism to America through kung fu and bad acting. To teach America to think before punching someone out is no easy feat.”
“Andy Kauffman was the greatest comedian that ever lived. The art of multidimensional humor. No one could ask Andy Kauffman to be for real because no one knew the difference.”
iv. Players Goese is joined live by a kaleidoscopic array of talent: former Hugo Largo band mate, Hahn Rowe, (on turntables, guitar and violin) who has played on the recordings of R.E.M., KRS-1 and produced/played on 2 tracks of David Byrne’s latest release Feelings. Rowe is like no other in his mastery of guitar, violin, sounds and rhythms, and his production work on Soak shows his ability to shape and create songs with space, sparkle and warmth. Then there’s bass player Tony Mamonie (They Might Be Giants and Pere Ubu), stirring in his unique blend of density, power and melody, Koosil-ja on the early Japanese synthesizer, the bukala (of which there are only 25 in the world), and Gary Pozner (of The Tom Tom Club) on keyboards and rhythm.

Bandcamp Daily  your guide to the world of Bandcamp

outré black metal, with a Victory Over the Sun interview and music from Liturgy and Jute Gyte.